Cribbage is one of the most enduring two-person card games, entertaining players as far back as the 17th century. It has been immortalized in a Charles Dickens’ novel and became the lucky charm of a United States submarine during WWII.

What is a Cribbage Board?

A Cribbage board is really just a scoring board. Rather than using pen and paper a Cribbage board keeps everyone on track, and looks rather nice doing it! It usually comes in the form of a narrow rectangle that has holes around the edge. Pegs in the holes keep track of players’ scores.

The Cribbage board predates the game itself and was originally used to score such as whist. A similar board has even been found in the pyramids of Ancient Egypt!

Sir John Suckling, an English courtier, gambler, poet, and ne’er do well, who lived in the early 1600s is believed to be the inventor of a game called Noddy, an early version of Cribbage. Originally a five-card game with one card discarded to the crib, the game changed to include a sixth card with two cards discarded.

Suckling added the “crib” to the game of Noddy and thus a name was born. An amusing story tells that Suckling distributed packs of marked cards to aristocrats and then went around the country playing Cribbage for money. The story goes he earned himself about 20,000 pounds (about 4 million in today’s money). Probably questionable history, but still a good story to tell friends around your next Cribbage game.

Cribbage has its own language and if you are going to be an expert (or at least sound like one) here is what you need to know:

Pone: An abbreviation of “opponent”, refers to the player who is not the dealer.
Crib/box/kitty: The extra hand made of discarded cards which is counted for points by the dealer during the show portion of the hand.
Nineteen hand: If someone says they have nineteen points, they mean they have zero points. No combination of cards in crib yields nineteen, so it has become slang for zero.
Muggins: Also known as “cutthroat”. This is an optional rule whereby a player can “steal” any points in their adversary’s hand that they fail to count for themselves.
One for his nob: Scoring one point for holding the jack of the same suit as the cut card.
Two for his heels: Scoring two points for turning over a jack during as a starter or cut card.
Pegging – another word for scoring. You move your colored pegs across the board to tally points

How to Play Cribbage

Cribbage belongs to the family of card games know as “adders”. These games add successive card values to a running total. The aim in Cribbage is to get to 31. Cribbage is a combination of luck and skill. Luck determines the cards you get but with a little skill there is still an opportunity to get more points from a hand.

Cribbage is played with a 52-card deck with the jokers removed.

Here are the rules:

The object of the game is to reach 121 points and points are earned by various card combinations through a series of play phases.

The game starts with a cut. The player cutting the lowest card is the dealer. The non-dealer is known as the pone. The dealer shuffles the cards and offers the pone to cut. The dealer then deals six cards to each player.

The deal can alternate between players or go to the loser of the previous game. Your choice.

Following the cut, each player must throw away two cards from his hand into the “crib” or “box”. The crib scores points for the player who owns it so you choice of discard will depend on whether the crib is yours or opponent’s.

The discard is where knowledge and skill has a significant effect on the game. There is an art to cribbage discards and you can scour the internet for tips on how to do this well.

After the cards have been dealt to each player, the game of cribbage begins with the dealer turning up the top card on the remaining pile. If the turn-up card is a Jack, the dealer immediately scores two points.

After the deal, the discard and the turn-up, the hand begins. The players take turns to lay down a card, trying to make the running total equal certain amounts.

The pone plays first and says the value of the card. Jacks are ten, court cards count as ten while an ace counts as one.

The dealer then plays a card and adds that value to the current running total. The player who makes the total exactly 15 scores two points. Two points are also awarded for making 31. You must play if you can. You cannot skip or “renege” unless it is legally for go.

You score two for a pair if your card is the same rank as the last card played. If your opponent plays a third card of the same rank they score 6 for a “pair royal”. Four of a kind scores 12 for a “double pair royal”.

A run is when the last 3 or more cards played form a sequence. The player who finishes a run of 3 cards scores 3 points. If they finish a run of 4 cards they score 4 points and so on. The sequence does not have to be in order.

A player can earn a point for go when the other player cannot go. This might be because your opponent has no cards or because they cannot play without going over 31.

If both players run out of cards before 31 is reached the game proceeds to the next phase.

Once all the cards are played both players score their hands. The pone goes first, including the turn-up card as part of both hands. The dealer’s crib also includes the turn-up. Fifteens, runs, flushes, and pairs all score points. It is key that the non-dealer score first at the end of the game. The right to score first will determine who is the victor!

A flush scores 4 points but if the starter card is also of the same suit you score 5.

A pair scores 2 points and 6 points for a pair royal, which is three cards of the same rank.

A double pair royal or four of a kind scores 12.

Combination cards that make 15 score 2 points. If you can make 15 multiple ways with your cards then you score 2 points for each of them.

Runs score as many cards as there are cards in them.
If you have the Jack of the same suit as the starter card you score 1 point

For the official American Cribbage rules go to Cribbage.org.

The Perfect 29 hand – four fives and a suited jack – the highest possible score for combination in a single cribbage deal — perhaps most famously bolstered the spirits of the USS Wahoo crew during World War II.

The USS Wahoo, a submarine stationed in the Pacific, was on its fourth patrol deep in enemy territory on the outreaches of the Yellow Sea. The crew became nervous and to ease the tension the sub’s commander, Dudley “Mush” Morton and his executive officer, Richard “Dick” O’Kane, began a game of cribbage. USS Wahoo’s commander dealt a Perfect 29 hand. When the calculations were done the odds of that hand happening were 216,000 to 1. Spirits lifted as the crew saw this as a sign of luck to come.

Luck was with them – at the end of its career the USS Wahoo set a record for the number of ships sunk and her commander eventually earned the Medal of Honor. The lucky USS Wahoo Cribbage board is now part of the submariner tradition, being passed on to the oldest active submarine in the United States Pacific Fleet whenever the current submarine with the board is decommissioned.

Cribbage is an excellent family time game for ages 10 and up that can be played on rainy days, camping, summertime vacations, by the pool . . . really anywhere.

Cribbage boards most often come in a classic rectangle shape but you can find novelty boards that accommodate all different tastes. For the sports fan, our solid maple sports stadium boards come in football, soccer and basketball field versions. Our beautiful star-shaped cribbage board is a great conversation piece for the family room. We also have a fun 3D spiral mountain cribbage board that elevates the game — the winner claims the mountain!

All of our boards come with metal pins and peg storage on the bottom for easy convenience. Each handmade board is crafted to last, providing hundreds of hours of fun and memories — plus they look great on your living room coffee table!

Ready to start a family tradition? Through the month of February, all Lady and the Carpenter Cribbage Boards are 10% off.

Use the code CRIB10 at checkout. 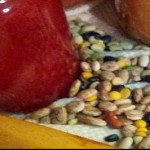